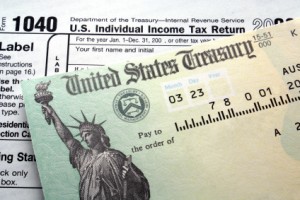 Recently we posted an article updating you on the RTRP Court Ruling as of February 1st, 2013.  The IRS continues to battle the ruling, attempting to advance its case as follows:

The IRS took advantage of its right to file an appeal within 60 days from the ruling, and on February 21st, 2013, the Department of Justice filed an appeal on their behalf, safeguarding the IRS’s right to fight the recent ruling on Living v. IRS, which could prevent the IRS from testing and regulating paid tax preparers.

Deputy Director of the Return Preparer Office, Preston Benoit, said that as a result of the injunction the IRS is currently unable to recognize nor endorse the RTRP credential.  However, he also said there is nothing preventing tax professionals from displaying certification, although the IRS is not commenting on RTRP credential usage or the ongoing litigation.  Speaking for the IRS, Benoit said they are trying to quickly resolve the matter and are considering instituting voluntary testing for those interested.

On February 26th, 2013, the Department of Justice, acting in behalf of the IRS yet again, filed a Government’s Motion for a Stay Pending Appeal.  This motion is intended to reinstate the IRS’s testing and registration program for tax preparers during the appeals process.  According to the NATP website, “The motion argues that the stay is in the best interest of the IRS, tax preparers and most importantly, taxpayers.”  The motion states that “the greatest harm from the injunction will come in 2014, when the regulations meant to guard taxpayers from incompetent and unethical tax-return preparers are scheduled to become fully operational.  The IRS estimates that fraud, abuse, and errors cost the taxpaying public billions of dollars annually.”

For more information, please visit the official website of the National Association of Tax Professionals.

Universal will continue to update you in our weekly newsletter.

From DC to Texas and Canada to California—Universal travels the country providing free 3-hour seminars teaching the secrets to establishing a successful accounting and bookkeeping service.  There you’ll learn how to enhance your service offerings while increasing your bottom lime!  Look at our schedule and register for one of our seminars in a city near you.  As attendee Dennis Shumway explained, “I have been involved in financial service for 20 years and have attended seminars all over the country. The quality of this class has been head and shoulders above any class that I have ever taken.”
Take advantage of this FREE opportunity now!  Register today!