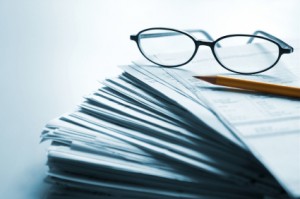 In regards to the 2013 tax year, Olson explained, “The year 2013 was a very challenging one for the IRS. Because of sequestration, the IRS’s funding was substantially cut, which translated into a reduction in taxpayer service.  Public trust in its fairness and impartiality was called into question because of reports the IRS subjected certain applicants for tax-exempt status to greater review based on political-sounding names. And because of the 16-day government shutdown, the agency could not complete preparations for the upcoming tax filing season on time, delaying the date on which taxpayers can first file returns and claim refunds.”

Regarding the concern for a taxpayer’s bill of rights, the report explains that our tax system hinges on voluntary compliance, which 98% of taxpayers offer.  Regardless of this high level of compliance, a survey found that less than half of those respondents believed they have rights before the IRS.

The report further explains, “The Internal Revenue Code provides dozens of real, substantive taxpayer rights.  However, these rights are scattered throughout the Code and are not presented in a coherent way. Consequently, most taxpayers have no idea what their rights are and therefore often cannot take advantage of them.”

The report claims that inadequate funding is one of the greatest taxpayer problems.  As a result, taxpayers find it difficult to get questions answered easily as the IRS finds it increasingly difficult to keep pace with taxpayer demand.

“The requirement to pay taxes is generally the most significant burden a government imposes on its citizens,” the report says. “The National Taxpayer Advocate believes the government has a practical and moral obligation to make compliance as simple and painless as possible.”

The report noted the following concerns as some of the “most serious problems” currently facing taxpayers:

From DC to Texas and Canada to California—Universal travels the country providing free 3-hour seminars teaching the secrets to establishing a successful accounting and bookkeeping service.  There you’ll learn how to enhance your service offerings while increasing your bottom lime!  Look at our schedule and register for one of our seminars in a city near you.  As attendee Dennis Shumway explained, “I have been involved in financial service for 20 years and have attended seminars all over the country. The quality of this class has been head and shoulders above any class that I have ever taken.”